CONOR MCGREGOR has told UFC welterweight champion Kamaru Usman to put up or shut up amid an ongoing social media feud.

McGregor refrained from immediately responding to the jibe, but told the 170lb king in a since-deleted tweet: “Put your money where your mouth is then, oh wait.”

Former two-division champion McGregor made a shock beeline for Usman last month, declaring his eagerness to become the first fighter in UFC history to hold belts in three divisions.

He told The MacLife: “I feel confident against Usman.

“A jab-happy, sloppy, orthodox wrestler with no submissions whatsoever. 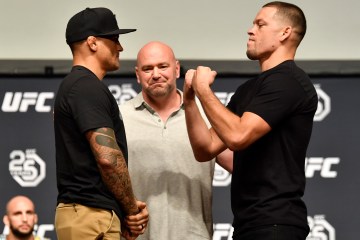 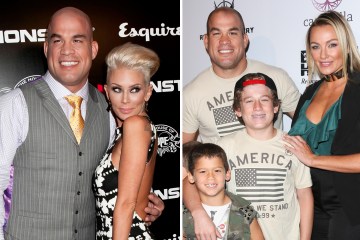 “What’s he gonna do? Where’s the danger here?

“I don’t see a danger with him. His ground-and-pound isn’t strong, plus he’s on the older side.

“And then plus the world is to be took again. The triple crown.

JOIN SUN VEGAS: GET A FREE £10 BONUS WITH 100s OF GAMES TO PLAY AND NO DEPOSIT REQUIRED (Ts&Cs apply)

Most read in MMA

Most controversial UFC decisions, like Holloway getting 'robbed' on Fight Island

McGregor, 33, is still recovering from the horrific broken leg he suffered in his trilogy fight with Dustin Poirier last July.

The Notorious has made a faster-than-expected recovery and is eyeing a summer return to the octagon.

But UFC supremo Dana White recently revealed to SunSport that the pride of Dublin will likely be back in action in the autumn.

He said: “We’re looking at early fall, if everything goes right.”

Read More on The Sun

Ronaldo ‘assaulted’ my son, 14, then acted like we owed HIM a favour

White added: “If his leg heals right and he gets the clearance to really start training, then possibly early fall.”

Brock Lesnar: Where Are They Now?